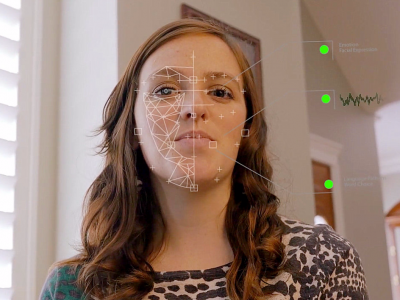 • Unilever has used artificial intelligence to screen all entry-level employees for the past year.

• The company considers the experiment a big success and will continue it indefinitely.

For the past year, the Dutch-British consumer-goods giant Unilever has been using artificial intelligence to hire entry-level employees, and the company says it has dramatically increased diversity and cost-efficiency.

“We were going to campus the same way I was recruited over 20 years ago,” Mike Clementi, VP of human resources for North America, told Business Insider. “Inherently, something didn’t feel right.”

Unilever is one of the world’s leading consumer-goods conglomerates, with billion-dollar brands like Axe, Dove, and Lipton, and it has 170,000 employees worldwide. Clementi said the company needed to find a way to rejuvenate itself, and transforming new talent recruitment was one way to do so.

Instead of sending representatives to elite universities, collecting résumés, and arranging follow-up phone interviews for the students who stuck out, Unilever has partnered with the digital HR service providers Pymetrics and HireVue to digitize the first steps of the process. If candidates pass the AI screening, they go through an in-person screening that determines whether they get the job.

Candidates learn about the jobs online through outlets like Facebook or LinkedIn and submit their LinkedIn profiles – no résumé required. They then spend about 20 minutes playing 12 neuroscience-based games on the Pymetrics platform. If their results match the required profile of a certain position, they move on to an interview via HireVue, where they record responses to preset interview questions.

The technology analyzes things like keywords, intonation, and body language, and makes notes on them for the hiring manager. All of this can be completed on a smartphone or tablet.

If the candidate makes it through these two steps, they are invited to a Unilever office to go through a day-in-the-life scenario. By the end of the day, a manager will decide whether they are a right fit for the job.

The hiring overhaul began with Unilever North America and took effect in 68 countries, was conducted in 15 languages, and involved a total of 250,000 applicants. Unilever shared its North American results, from July 2016 to June 2017:

• Unilever “hired their most diverse class to date.” There was a “significant” increase in hires of nonwhite applicants and an increase in universities represented, to 2,600 from 840. There was an undisclosed balancing of socioeconomic classes represented. And hires were balanced across gender, virtually unchanged year-over-year.

• The average time for a candidate to be hired went from four months to four weeks, saving a cumulative 50,000 hours of candidates’ time. Recruiters’ time spent reviewing applications decreased by 75%.

• The rate of offers to candidates who made it to the final round increased to 80% from 63%, and the acceptance rate of these offers increased to 82% from 64%.

Candidates can find job listings on Unilever’s website, but in lieu of campus visits, college seniors are also targeted with job postings on Facebook, LinkedIn, The Muse, and WayUp. They then submit the link to their LinkedIn profile.

Pymetrics CEO Frida Polli, who founded the company with Julie Yoo in 2013, said the 12 games were “essentially the gold standard of cognitive neuroscience” in that they’re based on tests that those in the field have long employed.

Games test traits like ability to focus, memory, relationship to risk, and ability to read emotional versus contextual cues. For example, the game that tests risk gives users three minutes to collect as much “money” as possible using this system: clicking “pump” inflates a balloon by 5 cents; at any point, the user can click “collect money; and if the balloon pops, the user receives no money. The user is presented with balloons until the timer runs out.

“There is no right or wrong in the spectrum, and we’re not just making that up to make you feel good,” Polli said. “Traits at either end of the spectrum could be really well-suited to different careers.”

Unilever had exceptional employees in different roles play the games and used their results as a benchmark to measure new candidates against.

Users are told immediately after each game how their performance was analyzed, and recruiters can see those results compared with benchmarks. Polli said a candidate’s performance on each of the games could vary depending on context – the same way their performance on an SAT would change if they were tired versus alert, for example. But unlike with the SAT, she said, practice would not significantly alter one’s performance on the Pymetrics games.

Unilever candidates who did not make it to the next round were able to submit their results to other companies that partner with Pymetrics.

Candidates who have the traits required of the position they’re applying to then take a HireVue interview, which can be done with a computer camera or with a smartphone. They spend a few minutes on each of the questions required for their role, speaking to the camera. The interviews are not live. 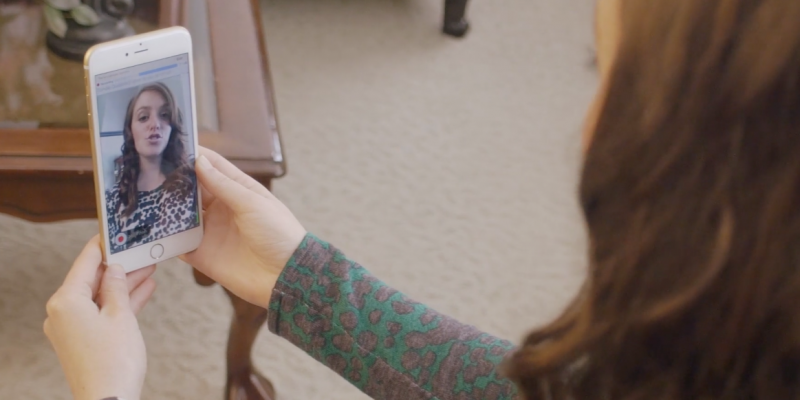 Foto: Candidates can do their HireVue interview on their smartphone. source HireVue

HireVue’s AI then analyzes each of the answers, noting aspects like keywords, body language, and tone. Hiring managers then see a detailed list of candidates the program deemed performed best.

Step 4: Spend a day in the life

After the algorithms help managers pick the most promising candidates, it’s time to let human judgment take over.

Candidates who have made it this far are invited to a Unilever office to experience what the job would entail, and if the recruiter working with them deems them a fit, they will receive an offer shortly after their visit.

Polli said that of all her company’s clients, Unilever was “by far the one that went from 0 to 100.” Unilever learned about Pymetrics in mid-2015 and decided to use it the following February.

Rather than undergoing a small beta phase, Unilever used the process described above with all intern applications as proof of concept, then rolled it out to all entry-level positions.

Clementi said his team was still finding ways to refine the process and ensure candidates have an enjoyable experience that is unique to Unilever and not overly mechanized. But he said he was overjoyed with the first year’s results and already testing ways the process could be used as a supplement for mid-career hires or lateral internal changes.

“Unilever, like most big companies, we’re trying to reinvent ourselves,” Clementi said. “And we are really trying to digitize everything.”

In 2015, he believed that embracing Pymetrics and HireVue, rather than gradually trying small experiments, would give Unilever “an opportunity to be a leader in this sector.”

“Amazingly, our leadership team was also all in, and we decided to do it,” he said.